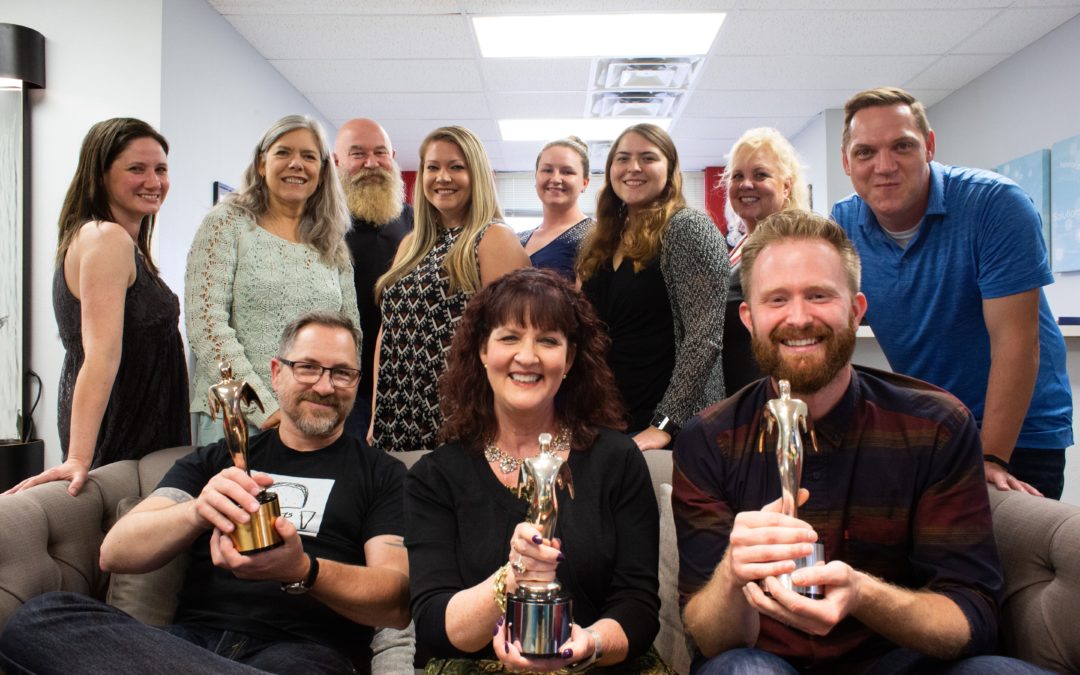 ADsmith is Awarded With 3 Telly Awards

ADsmith has always worked to provide quality work for our clients, but in the last 18 months, our video team has steadily raised the bar.

We often remind our clients to publicize their accomplishments – because if you won’t toot your own horn, oftentimes the horn will go untooted. So we’re sharing our excitement and, yes, going a little gaga over our video team, because they have more than earned it.

So, all that to say, the Tellys are a pretty big deal. Each entrant is pitted against other entries in their category from across the country. The competition redefines the word fierce.

This cannot be stated enough: we are so proud of our video team!

While our goal has always been to provide national-level quality video content to our local clients, the ADsmith Studio has stepped up its game in very noticeable ways over the past couple of years, thanks to strong leadership from the Video Department Manager, Dustin Henderson, and the opportunity to dream big and collaborate with clients.

Great video not only tells a compelling story, but can be the key difference in converting a potential customer to a sold customer.

So where do we go from here? We’ll keep making awesome videos for awesome clients. And if you’re in the market for phenomenal video content, give us a call. We love telling visual stories and we’d be happy to help you tell yours.