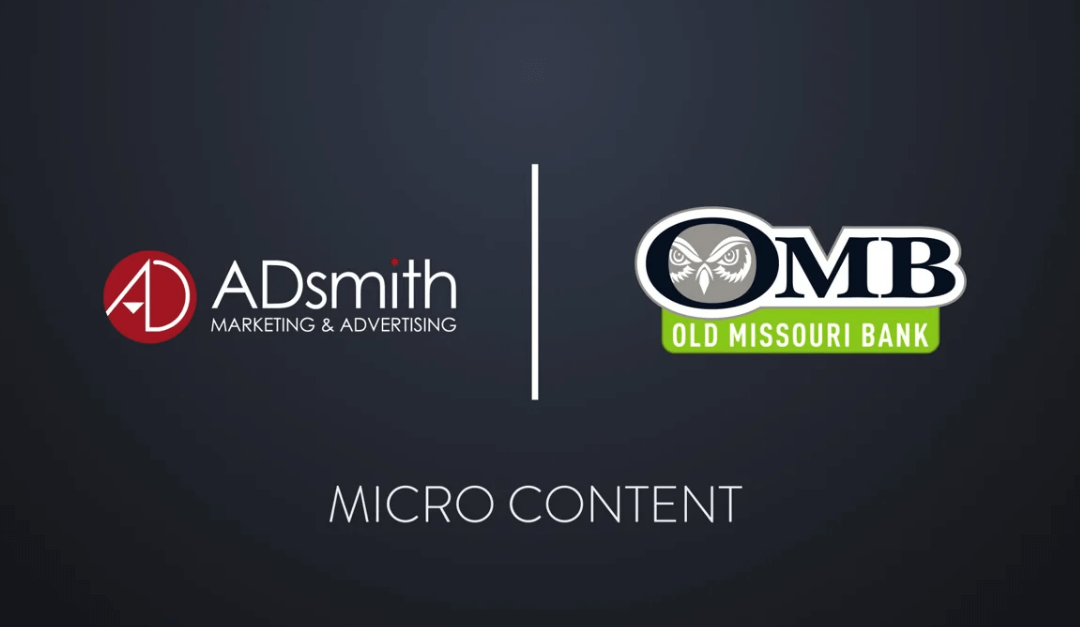 Video killed the radio star, and so far, nothing has come close to killing video.

In fact, video represents a whopping 75-80% of global web traffic. According to statistics published in January of this year, 100 million hours of video are watched per day on Facebook alone.

In case you were wondering, yes, that is a lot.

For the last few years, brands and marketers have had to grapple with the reality that the days of pumping out the occasional 30-second commercial and calling it a day are behind us, never to be revisited. This can be a tough pill to swallow, especially if you’re a small business that built your customer base on the back of broadcast television. However, at ADsmith Marketing & Advertising, we don’t believe this should be viewed as a glass-is-half-empty situation. In fact, for local brands, the new landscape is exciting. There are now more ways to creatively position your message in front of the people who need to see and hear it.

The Springfield market is somewhat of an anomaly when compared to others, in that we have a population that continues to watch traditional television. However, traditional television is trending downward in favor of popular streaming services—both locally and nationally. The internet has increased and diversified the ways video is consumed. In response, ADsmith has taken a hard look at the way video is created and utilized to ensure the video assets we create for our clients is relevant for the people who are consuming it, both in terms of content and method of delivery.

We do this with what ADsmith calls micro-content. That is, one master video (1-2 minutes in length) that can be retooled and repurposed repeatedly to fit other platforms.

You can be in the online spaces where your customers go to socialize (such as Facebook, Twitter, and Instagram) as well as the spaces where your customers go to research (Google and YouTube). The internet language is one comprised of images, moving and still, and brands have the unique opportunity to have their images absorbed into the native vernacular.

One long-form video can be dissected, edited, and rebirthed numerous times to complement the platform of your choice, including traditional television with your standard 30-second commercial. For social media, this might be 5-15 second videos, GIFs, or stills. For people seeking information about a product or service, it might be a video on your website—which a reported 90% of viewers claim is helpful in the decision process. It might also be a more traditional message trafficked to platforms like YouTube or local news websites that will then precede a news article or recreational video.

Now is not the time to step back from video production—if anything, it’s time to take it up a notch. Restructure the way you approach a video project with multiple outputs in mind instead of just one or two. How can this video be utilized on your website? On Google? How can you leverage the content to connect socially with your current, former, or potential customers? How can you tell your story not just once but a thousand times?

At ADsmith Marketing & Advertising, we believe one of the most powerful marketing tools at your disposal is your story. There is the pragmatic reason you started your business as well as the one based on your individual values. We’d love to help you share that story in as many ways and through as many avenues as we can.